Our G Adventures Delhi to Kochi by Rail trip was an epic adventure through the heart of India.
This is how the trains of India became our favourite way to explore this colourful, chaotic country.

The scent of sugar and cardamom, calling card of steaming fresh chai, stirs me from sleep.

Stretching on the wooden bunk, it takes a startled second to work out exactly where I am. That is, until the gentle swaying of the walls calls me back to the two steel tracks our train is hurtling along.

We’re somewhere between Kota and Mumbai on the Rajdhani Express - one of India’s fastest and most expansive train lines in a network that carries 23 million passengers of all shapes, sizes, and colour every single day.

On the bunk opposite, one of those 23 million passengers sleeps; an unfamiliar mop of black hair sprouting from a bundle of steadily snoring blankets.

A hand taps my foot; “chai, miss?”. The flimsy paper cup is shoved into my hand almost before I’ve nodded yes. If there’s one thing I’ve learnt on this trip, it’s that India might always be rushing - but there’s always time for tea.

A shock of golden light filters through a gap in the stiff curtain. Clutching my sweet 10 rupee waker-upper I lean across to peer through the window.

Outside, long shadows of workers emerge from the hazy golden light like eerie spirits drifting across the fields. The sun is rising over India, and another day of back breaking work under a searing hot sky must begin.

magical udaipur | a guide to india’s city of lakes, udaipur

We’ve been in India for a little over a week now. A short enough expanse of time to still find the colourful chaos both beguiling and bewildering, yet long enough to have become acclimated to the ever-present sensation of sweat beads rolling down the length of our spines.

I have little doubt, however, that no amount of time will ever make the intensely curious, sometimes vaguely intimidating staring in the streets feel more comfortable.

For 21 days with G Adventures, these rails that criss cross India will transport us from the streets of Delhi, hot and thick with dust and black pollution, through the golden streets of Rajasthan, and down, down to the tropical south.

To finally be here now, hurtling past signs in unfamiliar script and through the landscapes I’d dreamt of seeing since a wide-eyed and enchanted ten-year-old version of myself watched images of India flicking across the TV screen, feels rather surreal.

When Mark and I had arrived into New Delhi airport a week earlier, a very chatty immigrations officer had grabbed our passport and grinned, “more travellers for the cows, curries and colour?”

After stamping our passports and handing them back over, he called “enjoy our two Indias!”

At first, we’d laughed off his comment as a flippant offhand remark. But as our journey whisked us through the colourful bazaars and breathtaking palaces of Rajasthan and the Golden Triangle, I’d realised that every step had us straddling an invisible divide.

The great indian rail adventure: everything you need to know to master train travel in India

There was the India of opulence and splendour, hospitality and charm, and the India of tiny street kids and overcrowded slums, incessant honking and devastating inequality. As travellers, we seemed to constantly flit between the two.

There’d been the Taj Mahal, a breathtaking love story written in marble stones whose beauty reduced us to tears, while less than 10 minutes away at Sheroes Hangout our tea was poured by acid attack survivors wearing t-shirts proudly emblazoned with “my beauty is my smile”.

As our group had marvelled at the intricate mosaic work and colour of Jaipur’s Hawa Mahal and Amber Fort, outside cows ripped plastic bags apart for their next meals and beggars thrust their hands under our faces for small change as we passed.

For every bite of rich, flavourful curry that we enjoyed, many more would go hungry, and for every flash of colourful sari or rainbow rickshaw, there were thousands upon thousands of piles of discarded rubbish littering the roads.

I constantly found myself both in stupefied awe at the country’s beauty and deeply uncomfortable with the injustice of it all.

The one place where I’d really noticed the divide between the two blur and clash together was on the station platforms and some carriages of our train journeys.

Here, the two worlds seemed to collide, no longer able to exist as though the other didn’t.

The stations hum with activity. Trains pull in and the platform becomes a swirl of life. Tin boxes carrying mail are wheeled to and fro. Passengers compete together for tickets for all classes. Businessmen read the newspaper next to large families sprawled across their suitcases. Freshly-fried samosas in paper wrapping are devoured and washed down with tea from the Chaiwalla.

Spend some time on any station platform or carriage in India, and you quickly realise that these train lines are the arteries that keep India’s heart beating powerfully. They connect bustling metropolis to obscure village, field and farm to market, and people from one walk of life to the people of another.

As our train sways side-to-side, I relish the thought that right across India right now, millions of people are sitting in carriages just like this.

Perhaps they’re patting a sleeping child’s head, sharing a home-cooked meal with new friends, or preparing for the business deal of a lifetime. Perhaps they’re in search of a new life, reading the paper, or racing through the carriages calling ‘chai chai chai’.

Or perhaps they, like me, are also curled up against the window; chai in hand, pondering India and her people, and smiling as they plan their next visit to the land of cows, curries, and colour.

India was without a doubt the most colourful and chaotic place we’ve ever visited.

Let our latest Youtube video ignite the senses and get you excited for a trip to India.

We travelled through India with the absolute legends at G Adventures (check out the Delhi to Kochi rail trip we did here).

As first time travellers to India, we loved having a local guide who knew the ins and outs of each destination, and who made sure our beds/seats/benches were all organised for every train we took.

It also gave us a taste of India’s highlights, from Delhi and Rajasthan down to Kochi in the south, with the perfect mix of tourist spots and off-beat locations. It’s a yes from us!

WHERE TO STAY IN INDIA

Accommodation in India can be a real treat. This is basically the home of luxurious hotel stays, after all! Our adventures took us through a mix of former palaces, boutique hotels, beach resorts and of course, your standard hotel rooms too.

We travel with World Nomads and find they’re the best when it comes to providing a good range of cover and service, at affordable rates.

We’ve put together a three-week India itinerary packed with all the best places we visited, which you can read all about here!

Riding the rails in India comes with a unique set of needs when it comes to packing. To help you have a comfortable, happy journey, we recommend throwing the following into your daypack:

EXPERIENCE MORE OF INDIA WITH THESE ESSENTIAL POSTS

PHOTOGRAPHY | Love our photography? Wondering what gear we use to get all of our photos around the world?

Learn our top responsible travel tips to help you, your family and friends travel more consciously around the globe

PLAN YOUR INDIA ADVENTURES WITH THESE POSTS! 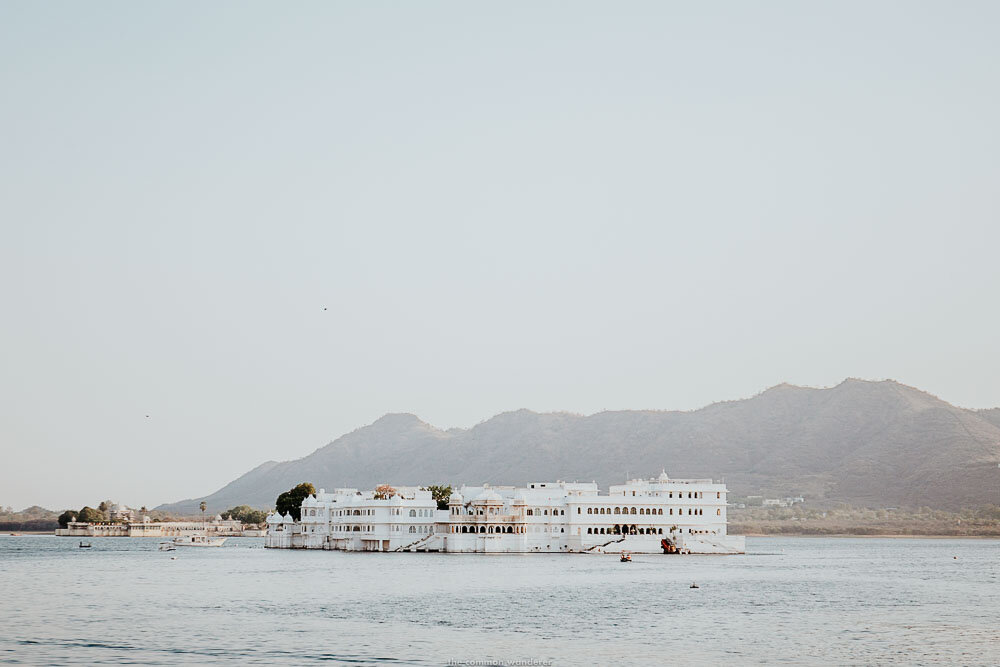 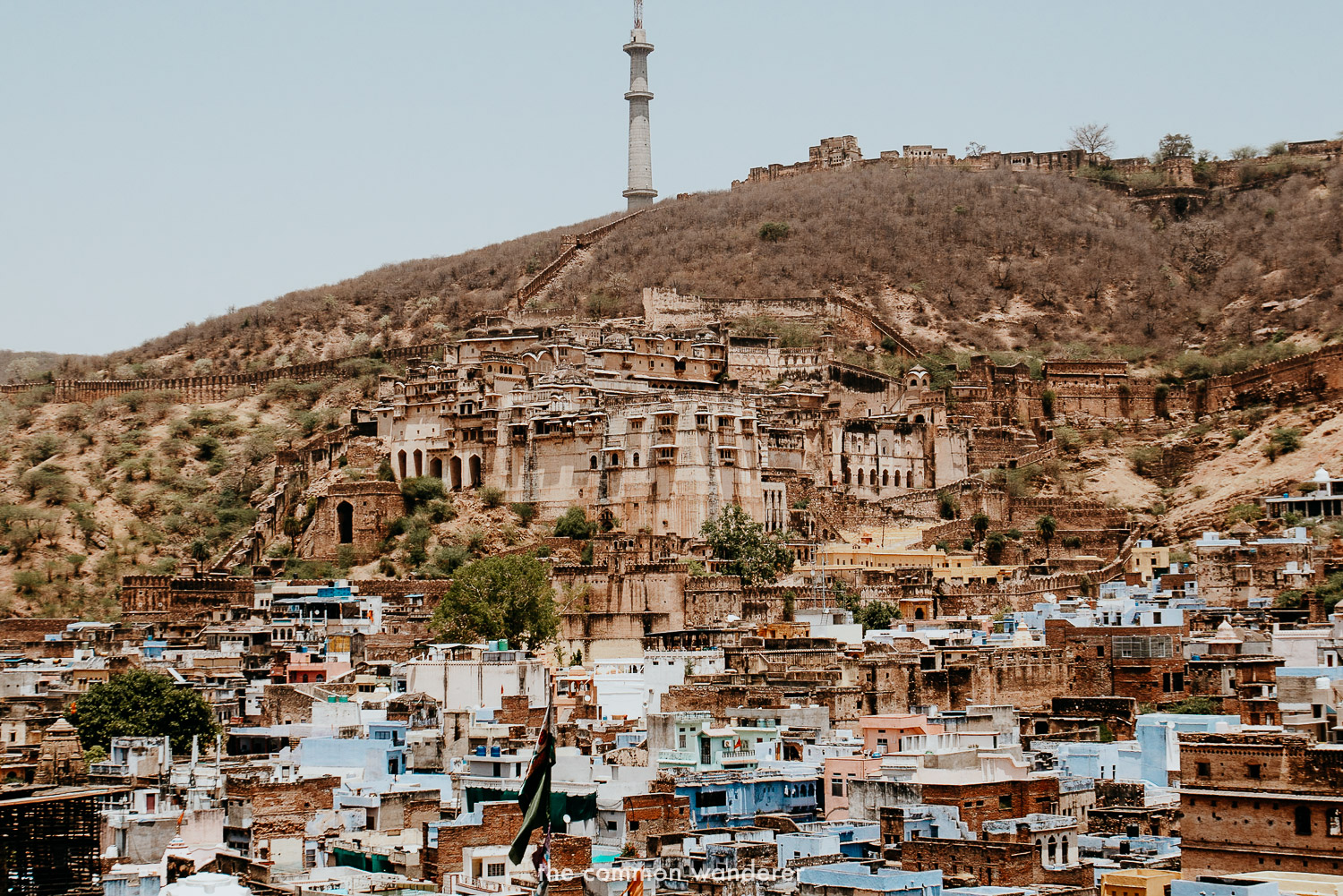 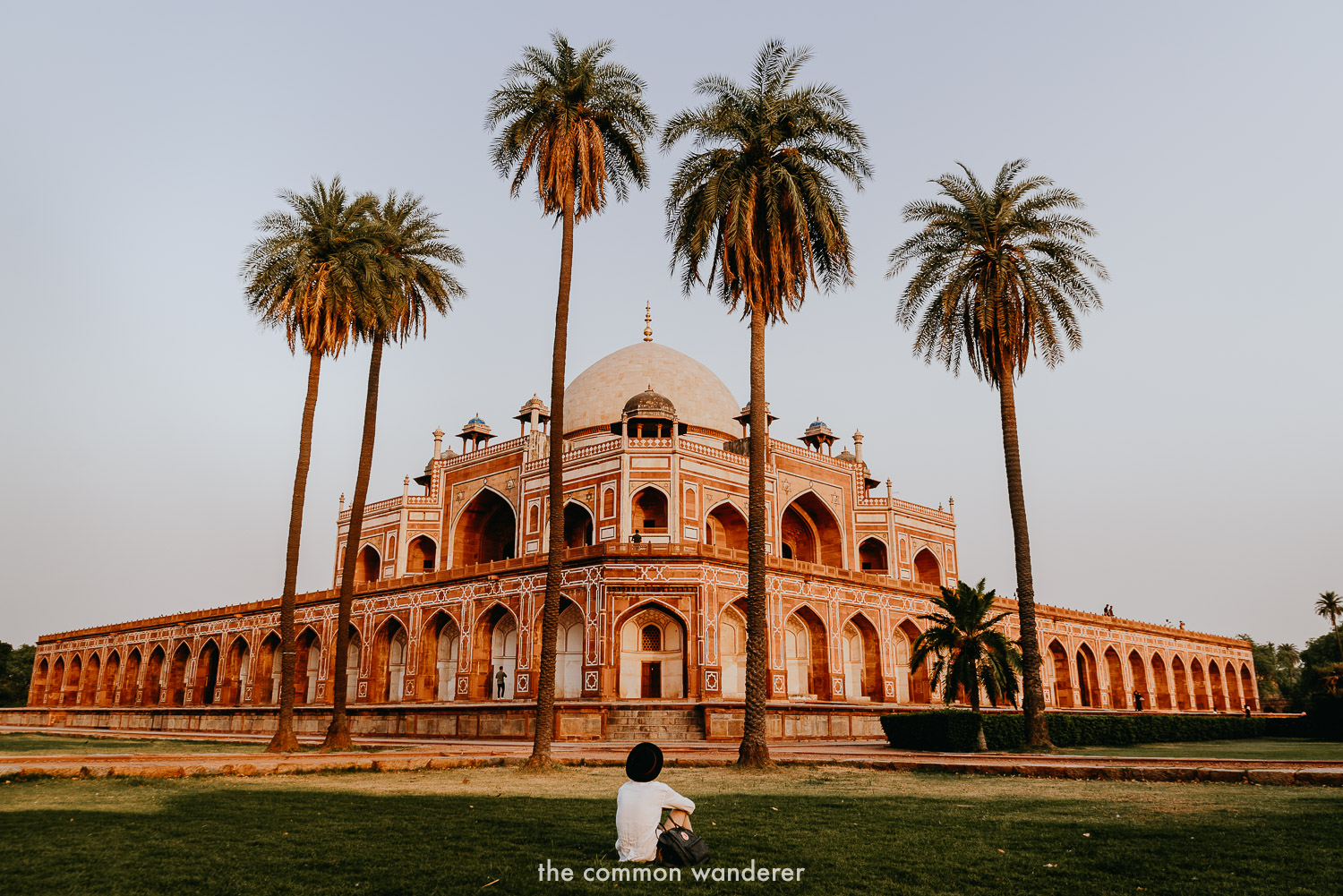 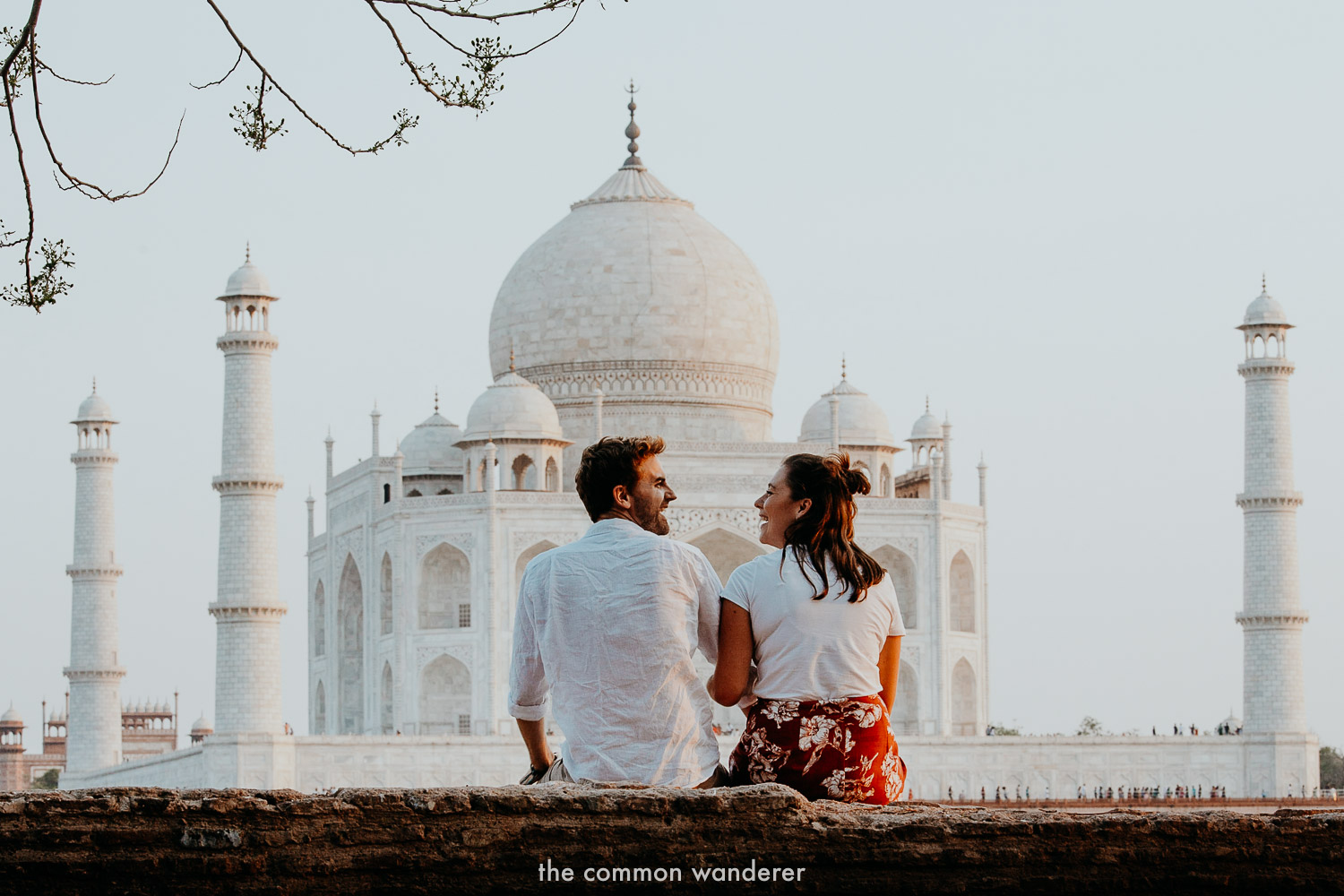 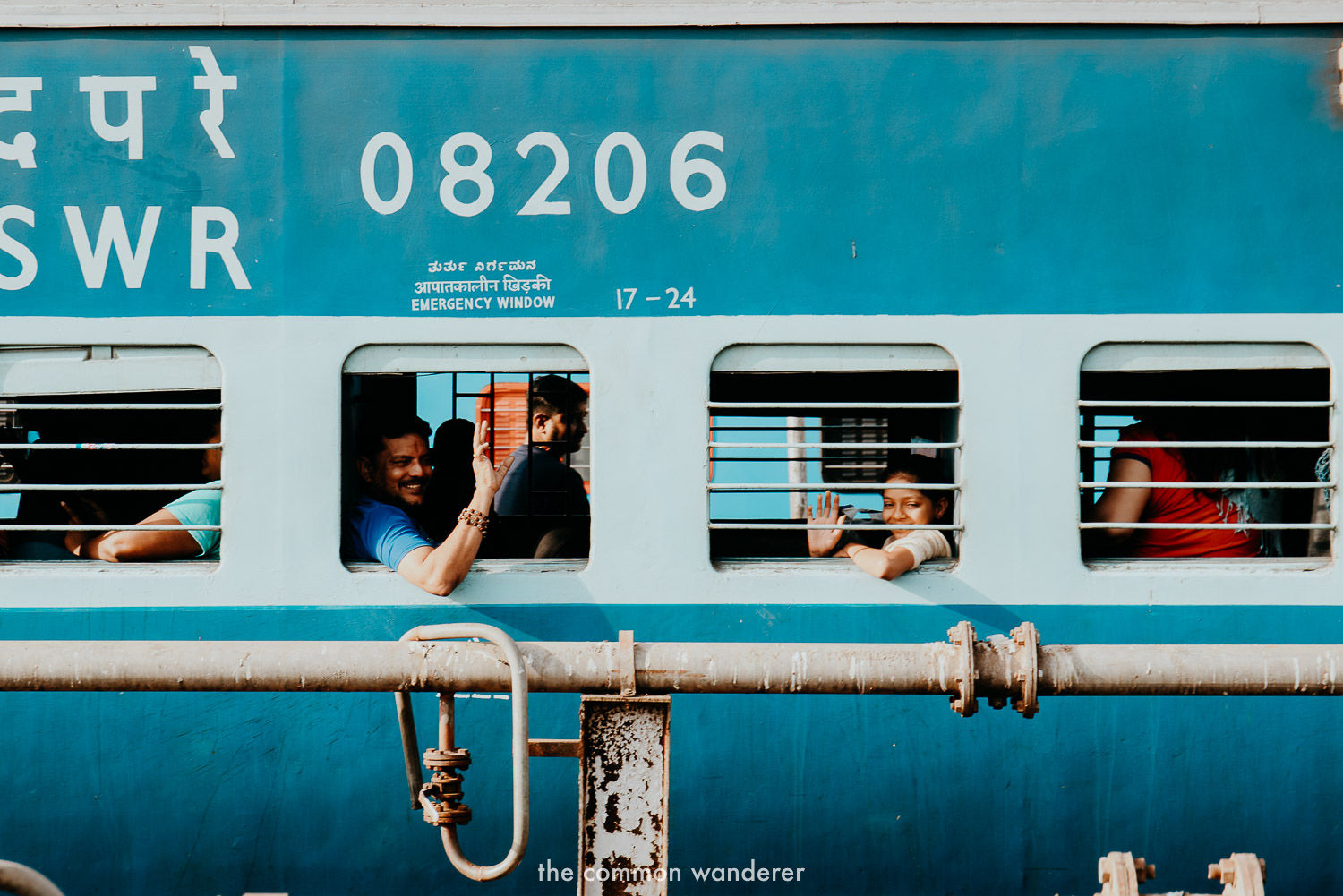 We were hosted by G Adventures on their 21 day Delhi to Kochi by Rail tour. A big thank you to the team for making our stay memorable.

As always, all views are our own.

Some of the links on this post are affiliate links.

If you choose to purchase using these links, we receive a small commission at no extra cost to you. Please know that by using these affiliate links, you're directly supporting The Common Wanderer to stay wandering, the running costs of the site, and our ability to provide you with free content to help you on your travels.

That, and you're officially a legend.